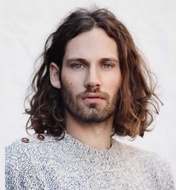 AdamCrigler
Music • News • Politics
Thanks for joining me! This community is about generating constructive and respectful dialogue to discuss any and all issues affecting our country. I hope you find this space to be engaging and challenging.

https://twitter.com/AdamCrigler
https://www.instagram.com/adamcrigler/
Interested? Want to learn more about the community?

11
View All
0
Reply
Interested? Want to learn more about the community?
Videos
Posts

Thank you all for following me on my journey in life.

Jeffery Tubin leaves CNN and Richard Quest is back. Who is Richard Quest? An Anchor on CNN who was caught in Central Park with a noose tied to his GENITALS

Not only did Quest have drugs, he also had a "rope around his neck that was tied to his genitals and a sex toy in his boot." That was so not in the NY Times' account. The Post also reported, "It wasn't immediately clear what the rope was for" and that "the officer at the scene was able to ID the drug because of 'his prior experience as a police officer in drug arrests, observation of packaging which is characteristic of this type of drug, and defendant's statements that... "I've got some meth in my pocket."'" Ha!

1
View All
0
Reply
See More
Sign Up To AdamCrigler
Sign Up for free to see more from this community or subscribe to AdamCrigler for $5/month to support Adam for more interaction and exclusive content.
Login Signup
Available Now

Welcome to my locals channel!

94
View All
0
Reply
Don’t have a Locals account yet? SIGN UP
I’m already a member Log in
Please keep this window open while your file is uploading...